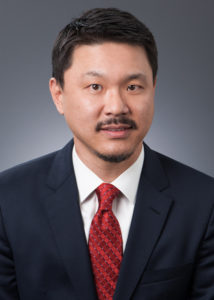 Steven S. Wang, senior counsel at Parker Mills LLP, focuses his practice on complex business litigation, professional liability litigation, insurance coverage, and trade secrets litigation.  He is both a trial and an appellate practitioner who has achieved outstanding results at both the trial and appellate level.  Mr. Wang has represented legal and accounting professionals, financial services firms, and real estate developers, as well as individuals on high value legal malpractice and injury cases.  He also counsels clients on insurance and risk management.

Over the course of his career, Mr. Wang has been instrumental in helping his clients resolve legal disputes through negotiation, mediation, arbitration, trials and appeals. In doing so, Mr. Wang continuously advises his clients not only as to their legal rights and remedies, but also as to the economic, emotional and time consuming tolls of litigation, creating a holistic approach to litigation strategy.